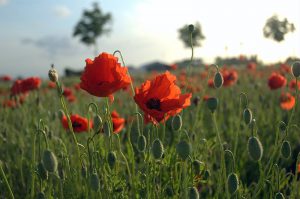 ‘I don’t want to be a sunbeam’ is a book written by Harry Jones in 1999 and records those who died during WW1 and highlights gallantry awards to personnel who are from Widnes and are commemorated on the cenotaph in Victoria Park, Widnes. Of the 818 names on the cenotaph, the book records that 16 were awarded gallantry medals. The VC awards in the borough are well documented and commemorated, but the many other gallantry awards for those who also died and those who survived from the Borough of Halton are not.

Others in the borough are researching names recorded on the various cenotaphs and war memorials, ie. Runcorn at the top of Greenway Road and Daresbury Church.  It is important during this period of remembrance that those who did not come home are recognised. Also those who did return should be recognised in a similar fashion if the remaining families give their blessing. Much more research is required to alleviate this fact, if the records are not collated in the near future it is possible the information will be lost and only be available to researchers and not their families or recorded locally collectively. Unfortunately some of the Forces Service records were destroyed in a WW2 London blitz, but it is believed records for awarding gallantry medals are still available in the National Archives at Kew, London.

When we develop this project further, we are proposing to invite young people from local cadet forces to investigate and research methods and list all personnel in the Borough of Halton that were awarded gallantry medals during WW1. We would then plan to publish and disseminate as appropriate the findings as a memorial to those who are not with us.

One idea of how we could approach this would be to involve a local young people’s theatre group to research and write/produce a short play or film. The research could draw on sources such as the Forces Records, the Imperial War Museum North’s vast collections and the British Newspaper Archives. Families could also be interviewed with their memories of relations who were awarded gallantry medals, recorded as oral histories and placed on the Halton Heritage Partnership’s forthcoming new website!

If you’ve got any other ideas to add into the mix for this exciting new venture (that is at the very start of its development), then please do get in touch!